Soyinka, Achebe and the Irreverent Generation 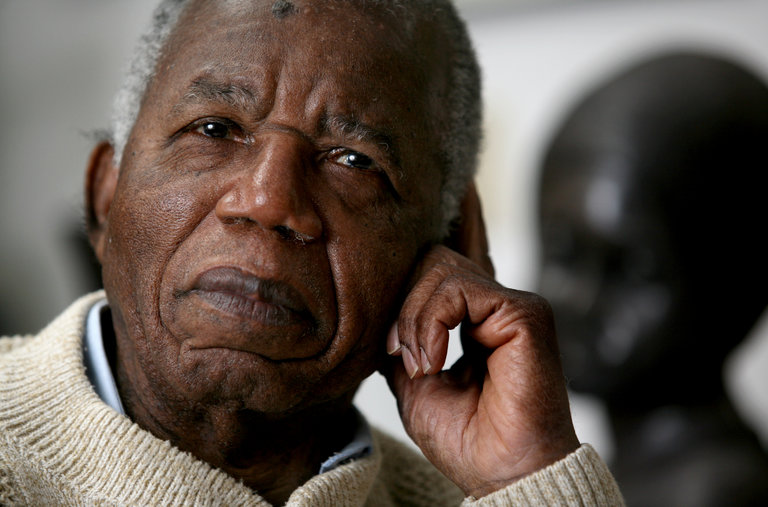 2016 is the year Nigeria’s “irreverent generation” have taken on literary giants. Wole Soyinka has been infuriated and heckled by social media critics over his vow to tear up his American Green Card should Donald Trump with the US elections. Chinua Achebe has had his place in the literary temple questioned and the year is closing with debates about who is a better writer between Achebe and Adichie. 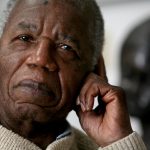 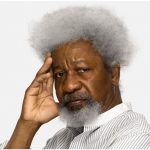 Soyinka, Achebe. In the Nigerian and African literary arenas, these names have been sacrosanct, revered and ascribed the status of demigods. This is no doubt as a result of their hardwork which has placed Nigeria and Africa in global literary reckoning. One is a Nobel laureate. The other should have been. (After all, Bob Dylan did get it)

But in the last few weeks of 2016, there has been an increasing irreverence, if one may use that word, in the veneration of these literary deities. It started with Soyinka, not for his literature but for something as banal as comments he made vowing to tear up his American Green Card should Donald Trump win the US elections. Mr. Trump won and young Nigerians on social media were eager to see Soyinka keep his words. He dallied. The consequence was that Soyinka has been heckled by hordes of what he himself, in his characteristic candour, described as “imbecile and morons.”

What was shocking about this episode was that some of these Nigerians on social media, mostly young people, some not even born when Soyinka won his Nobel in 1986, questioned Soyinka’s literary credentials. They queried if he won the Nobel for his literary prowess or for his political activism. It goes without saying that Soyinka isn’t as widely read amongst this generation, and perhaps among many Nigerians who have come to revere the myth that Soyinka has become but have been in awe of his political heroism. And when that one thing they have venerated him for, if they ever have, is questioned by his refusal to tear up his Green Card, the issue of his literary merit will come up naturally.

“I should not be exiting the United States but Nigeria because the people on behalf of whom one has struggled all one’s life can be so slavish in mentality as to start querying the right of their champion to free speech,” an angry Soyinka said.

The fact that these young people managed to infuriate a man in his 80s, who has played a huge role in shaping the history and perception of Nigeria in the world is to say the least unfortunate, that they have managed to drag him to the public arena to showcase this infuriation is something that takes some guts, not of the good kind.

And if Achebe thought by dying he had escaped the clawing fingers of this irreverent generation, he might have another think coming. Since he is not as celebrated for his activism as Soyinka has been, the one thing that has given him credit across generations (since ‘Things Fall Apart’ was published in 1958), his literary integrity has been splayed by the road side and the mortals of social media have taken pot shots at it.

Most people think ‘Things Fall Apart’ is the next best thing after the holy books, and questioning the ‘masterpieceness’ of the work is akin to blasphemy in the literary realm, those with contrary opinion about the work have been forced underground, to launch isolated verbal attacks in small private conversations amongst trusted friends, where they can express their bafflement at the greatness of the book. Any public discourse claiming that TFA is not as great a book as is being projected is met with a virtual mob justice, as the writer Onyeka Nwelue, discovered. In an interview with Premium Times he had said, “I think ‘Things Fall Apart’ should be buried and never made to resurrect.

“If you’ve read ‘Things Fall Apart’ and have read what young people write these days… you would know that Achebe’s writing of Things Fall Apart at that age was not intelligent; he was not exposed.”

Naturally, for questioning the merits of a literary deity, Onyeka unwittingly submitted himself to a barrage of insults and his own credentials as a writer were questioned in return. Not to mention the many unprintables he was called.

Of recent, social media has been awash with discussions over comparisons being made between Achebe and the writer Chimamanda Ngozi Adichie. The bases for this comparison are as baffling as the comparison itself. That Adichie might be a better writer than Achebe should not even be the subject of intellectual engagements (this does not preclude readers’ rights to preferences). It is almost as if saying mayonnaise is better than butter. The two are infinitely not the same. The parameters for comparison between Achebe and Adichie simply do not exist. It was Plato after all who said that the bases for any disagreement and comparison should be the parameters.

There are, of course, no bases to say that Achebe’s literary credentials should not be weighed and measured, (that is what critics are devoted to doing and something readers are entitled to do) but weighing it against the works of another writer like Adichie is inherently unfair on both writers.

Is Achebe the greatest writer ever? Is ‘Things Fall Apart’ the best book ever written by an African? These questions are inherently faulty because there is no universal parameter to adjudicate and determine an answer to them.

Incidentally, Achebe himself did not necessarily think that ‘Things Fall Apart’ was his best work. He is on record as favouring ‘Arrow of God’. If Achebe wrote ‘Things Fall Apart’ in 2016, I hardly think he would find a publisher. There are issues of literary aesthetics, among others, to be considered. This is in no way questioning the greatness of the book (which has almost been made sacrosanct by African and other intellectuals). But he wrote the book in the 1950s, with scant exposure, in a period where there are no precedence to fall back on.

The greatness of ‘Things Fall Apart’ therefore rests in the period it was written and in response to what it was written. Achebe might not have been exposed when he wrote that book but that is not a minus but a plus, that with the scarce exposure he had he was able to churn out something with this much staying power, a book that has influenced generations of writers and intellectuals worldwide is a testament to its glory, whether earned or ascribed (debates about the originality of the work will not be a focus of this piece).

Whereas a critical mind should never shy away from questioning the essence of the literary deities, that is after all what it means to be discerning and not be bound by dogma. We must not forget that they have suffered to earn their place in the sun, among the oracles. There are ways to critically engage with them and their works with some decorum. Some comparisons have no place in the arena of the discerning. 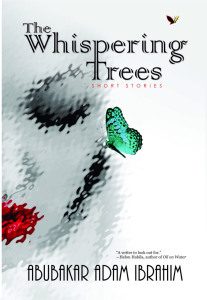